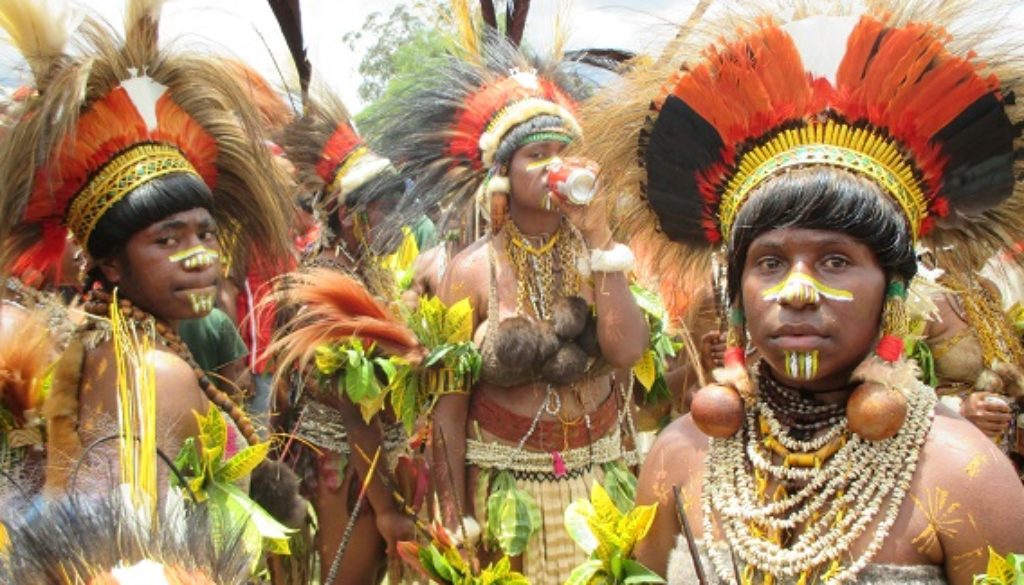 The 2017, 61st Goroka Show in the Eastern Highlands Province was the biggest ever and attracted tourists from all over the world and within the country.
Over 5000 visitors flooded into Goroka town to attend the three day show.
The show is a significant cultural event in the Highlands region and is the longest running cultural festival hosted annually in Papua New Guinea that draws thousands of tourists into the country every year in September during the nation’s Independence Day celebrations.

The aim of Goroka show is keep the cultural values of the people of the Eastern Highlands, and to show the world the significance of their tradition and culture and their way of life.
The event started off with the lead up celebration on Friday, with the 3rd Goroka Childrens Festival.
This also drew in a good crowd including tourists that led to the opening ceremony of the Goroka show.

More than 100 tribes participate in the event performing extraordinary displays of traditional songs, dances and ritual performances at the same time.
The staging of the Goroka Show began in 1957 and was first introduced and organised by Australian patrol officers known locally as kiaps from each districts around the Eastern Highlands province.

The idea was for everyone to forget their tribal differences and come together to share their identity as one.
Tourists came as far as Japan, China, Australia, Germany, Italy, French Canada and Africa to attend the festival and were overwhelmed by various performances and events of the festival.

Many of the tourists when interviewed, told the Post-Courier that they have come to the show because of the beauty of the festival’s cultural context and to take photographs of the famous Papua New Guinea traditional attires.

Japanese tourists team leader Fariufa Horiguchi from Tokyo said apart from his team members he is not a new face to the show and has always been travelling to Papua New Guinea every year during the Goroka show.
Mr Horiguchi told the Post-Courier that the show for him is something he could not miss for the world.
“It is exciting, historical in cultural context and entertaining and inspiring to the outside world” he said.

The main event on Saturday was magnificent with colorful and outstanding decorations from the surrounding business houses, traditional groups and participants with the opening welcome speech delivered by the governor Peter Numu.
The famous Asaro mudman of Goroka captured global attention by attracting tourists from all over the world during the at the main traditional singsing arena.

Among the Eastern Highlands traditional groups were Kairuku from Central Province and Siasi Morobe Province, Madang, East Sepik including other centres.

The festival ended on a slow-pace on Sunday.