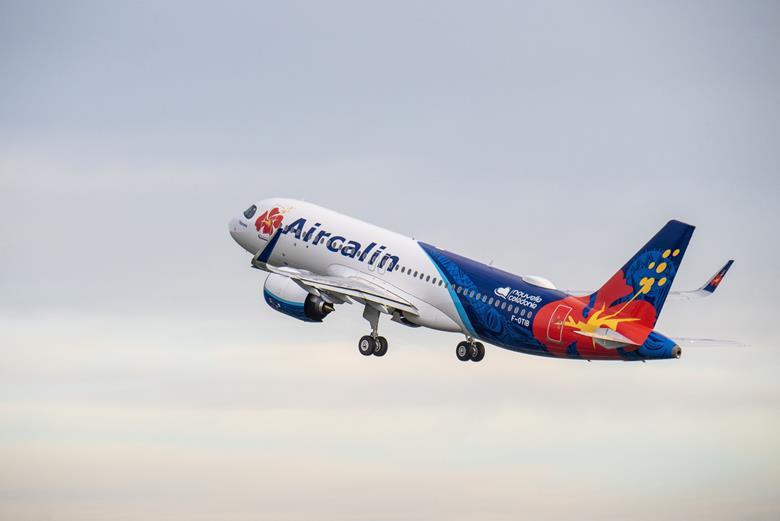 The aircraft is powered by two Pratt & Whitney PW1000 turbofans and has 168 seats in a single class layout, says Airbus. The airframer says that the type will allow Aircalin to open new Pacific routes.

“With its new fleet the airline benefits from the lowest operating costs in the respective size categories, as well as the unique commonality between variants of the Airbus Family,” says Airbus.

Cirium fleets data shows that Aircalin operates a total of six aircraft: two A330neos, one A320neo, two A320s and one Viking Air Twin Otter. Five aircraft are in service, with a single A320 in storage.

The airline has an order for one additional A320neo.