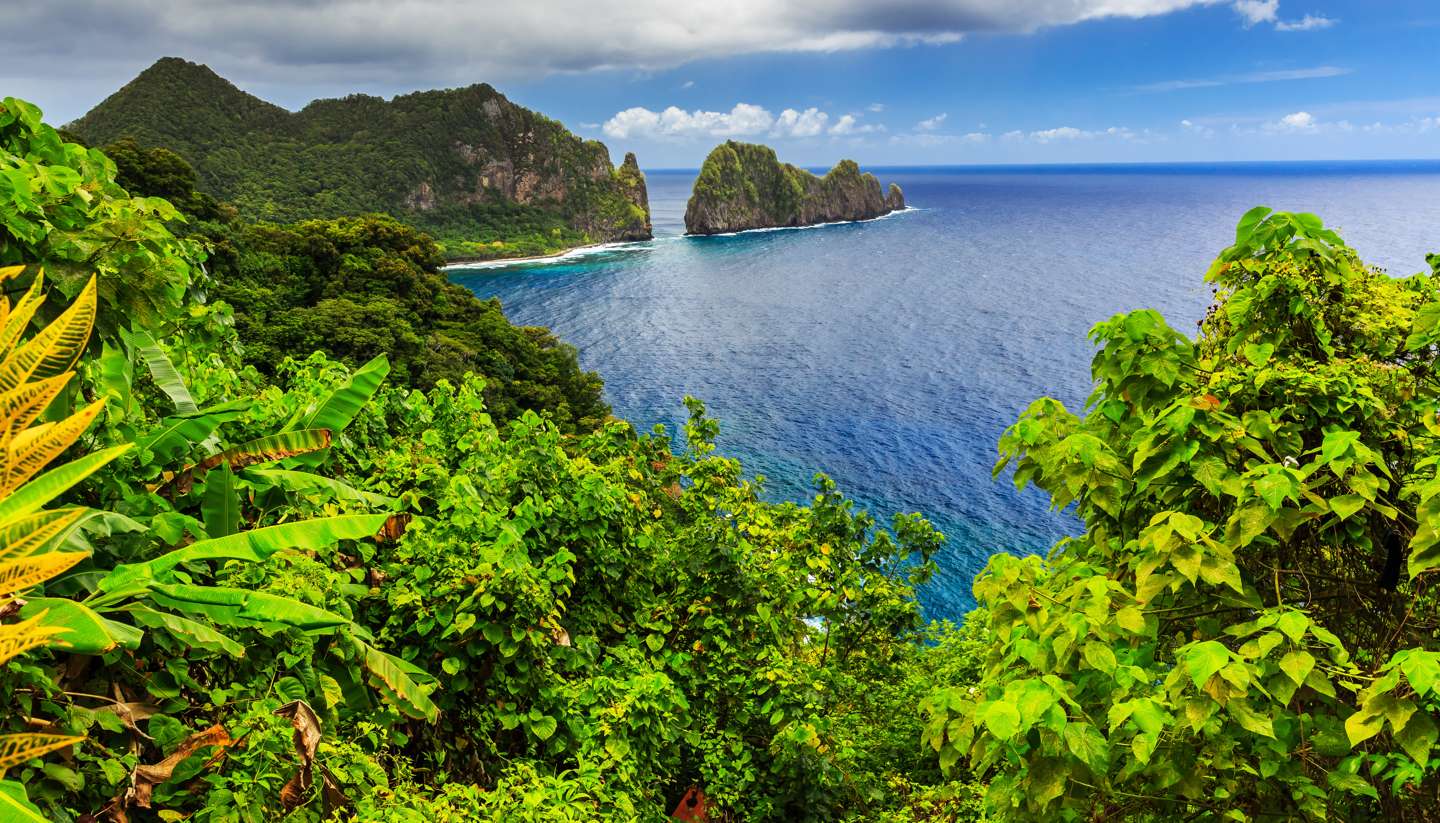 A new National Park Service (NPS) report shows that 28,893 visitors to National Park of American Samoa in 2016 spent $1,689,300 in communities near the park. That spending supported 21 jobs in the local area and had a cumulative benefit to the local economy of $2,070,200.
“I am thrilled that so many folks are coming out to see their national park,” said Park Superintendent Scott Burch. “It’s good to keep in mind that these numbers are in addition to the jobs and economic benefits the park provides directly to its employees and associated villages. Our visitation continues to increase steadily, and the park is proud and honored to be a part of a growing economy in American Samoa.”
The peer-reviewed visitor spending analysis was conducted by economists Catherine Cullinane Thomas of the U.S. Geological Survey and Lynne Koontz of the NPS.
The report shows $18.4 billion of direct spending by 331 million park visitors in communities within 60 miles of a national park. This spending supported 318,000 jobs nationally; 271,544 of those jobs are found in these gateway communities. The cumulative benefit to the U.S. economy was $ 34.9 billion. According to the 2016 report, most park visitor spending was for lodging (31.2 percent) followed by food and beverages (27.2 percent), gas and oil (11.7 percent), admissions and fees (10.2 percent), souvenirs and other expenses (9.7 percent), local transportation (7.4 percent), and camping fees (2.5%).
Report authors this year produced an interactive tool. Users can explore current year visitor spending, jobs, labor income, value added, and output effects by sector for national, state, and local economies. Users can also view year-by-year trend data. The interactive tool and report are available at the NPS Social Science Program webpage: go.nps.gov/vse.
The report includes information for visitor spending at individual parks and by state/territory.
To learn more about the National Park of American Samoa and how the National Park Service works with communities to help preserve local history, conserve the environment, and provide outdoor recreation, go towww.nps.gov/americansamoa.
(Source: Official American Samoa Visitors Bureau Newsletter Issue 82 June 2017)