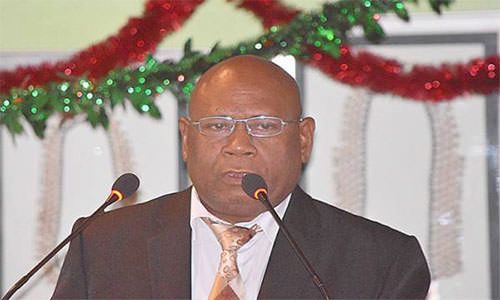 Auki and Marau Sound will next year host tourist cruise ships, this announced by the Minister of Culture and Tourism in the recent Parliament meeting.
Minister Bartholomew Parapolo highlighted Auki in Malaita and Marau Sound of Guadalcanal will be one of the country’s stop-overs for cruise ships beginning next year.
Minister Parapolo reveals this in Parliament, saying that his ministry is working on creating more stop-overs for tourist boats across the country.
He said his Ministry and the Australian High Commission in Solomon Islands are working together on this, which he says should boost tourism.
Mr Parapolo assures Parliament House, the Australia High Commission is currently conducting a hydro-graphic survey for locating reefs and sea-depth fitting for cruise ship’s berthing.
“Auki is one area has huge potentials, so work is underway and Ministry wants additional sites that when cruise ship comes it has its own circuit from place they come and round Solomon Islands then go back,” Hon Parapolo said.
Hon Parapolo said Marau is one location the Hydro-graphic survey has been conducted in, and preparations are underway for next year’s cruise ship visit.
Minister Parapolo further adds they will work closely with communities in those targeted sites by providing trainings and assistance.
In the recent Parliament sitting, the 2017 budget was passed, and in the main budget $5 million was allocated for tourism development in Solomon Islands.