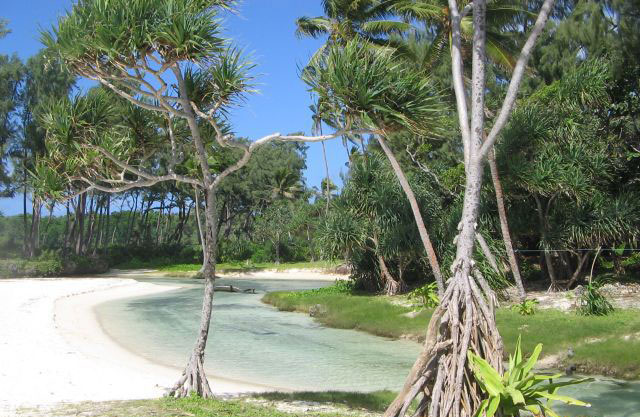 Boosting Tourism In The Tourist Gateway Of Vanuatu

Tourism is becoming more competitive in Vanuatu. Efate as the gateway to visitors from around the world to Vanuatu.
It’s high time communities around Efate make use of their beautiful sand beaches, waterfall and historical sites they have been blessed with.
Efforts are underway by the Department of Tourism (DoT) to assist communities on the Efate Ring Road to develop tourism attractions and activities.
For one week, the DoT in partnership with stakeholders have been running awareness to these communities to promote their involvement in tourism as part of the Vanuatu Discovery Trails Project (VDTP) on Efate.
VDTP aims to enhance tourism on Efate, including Santo.
Communities were taught on basics of creating and operating a tourism business and committing to professionalism by abiding on tourism minimum standards.
Majority of tourism businesses on Efate are operating without business license, it was revealed.
The third vice president of the Shefa Provincial Government Council (SPGC), Toara Asiri, encouraged communities to unite. Avoid land disputes to allow tourism to thrive in communities, he stressed.
Access to financial services is one of the things hindering community involvement in tourism.

The lack of knowledge and awareness among rural communities is another factor.

A total of 41 local tourism businesses are established along the Efate Ring Road. Seven accommodations, 12 attractions, eight tours and four restaurants.
The DoT has identified the need to develop more attractions on the 14km road from Rantapau to Eton and from Eton to Epule.
With few attractions, visitors would not spend money to travel around the island and not see amazing sights, communities were told.
The DoT will be engaging communities with a trainer as part of the Vanuatu Discovery Trails Project to train local operators on how to create attractions and provide innovative ideas to boost businesses.
Awareness targeted communities in north west, north east and east Efate.