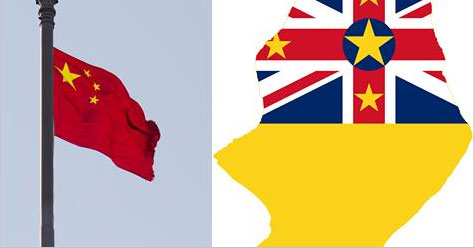 Chinese Premier Li Keqiang and his Niuean counterpart Toke Talagi on Tuesday exchanged congratulatory messages on the 10th anniversary of diplomatic relations between the two countries.
In his message to Talagi, Premier Li said over the past 10 years since the establishment of China-Niue diplomatic relations, political trust between the two countries have been deepened continuously and bilateral pragmatic cooperation in such fields as economy, technology, cultural and people-to-people exchanges have been expanded constantly.
Li noted that China attaches great importance to developing its relations with Niue and is willing to work with the country to strengthen bilateral dialogues in all fields, exchanges and cooperations to push forward their strategic partnership based on mutual-respect and joint development.
In his congratulatory message to Li, Talagi said Niue and China ushered in the festive moment of the 10th anniversary of bilateral relations. China has made important contributions to the economic development of Niue.
Niue will continue to stick to the one-China policy and hope to forge stronger ties of cooperation with China, Talagi added.