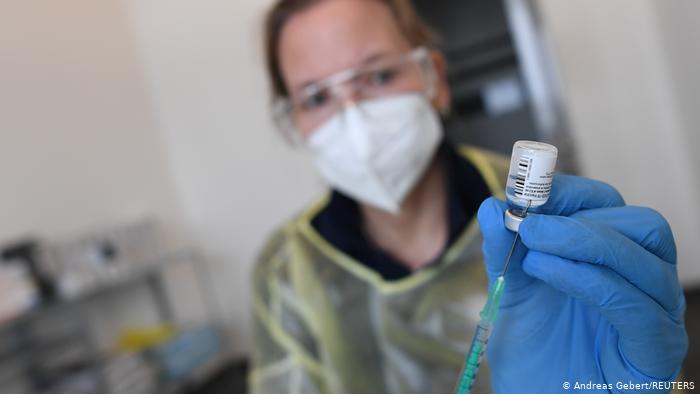 Brussels will propose a law on setting up a “green pass” scheme for vaccination certification. However, it says, all member states would need to be on board.

Members states will then decide whether to press ahead with the scheme to allow each other to recognize citizens’ proof of vaccination.

Tourism-reliant southern European countries such as Spain and Greece are pushing hard for so-called vaccine passports to unlock summer travel.

Some countries, such as Germany and France, have expressed doubts about linking the right to travel to such passes, or making them a prerequisite for restaurant and cinema visits.

Stage already set for ‘green pass’
The EU last week set out an aim of finishing technical work on the scheme within three months.

Ideas include a forgery-proof universal “green pass” in the form of a QR code that could be carried on paper or on a smartphone.

Such a system would require the national systems of the 27 EU states that are processing this data to be compatible.

“The aim is to gradually enable them to move safely in the European Union or abroad — for work or tourism,” von der Leyen wrote in a Tweet.

Scheme needs ‘support of all’
“We want to set up the technical requirements in the next few months,” von der Leyen told a meeting of conservative German lawmakers.

“To make the digital green pass a success, we need the support of all member states,” she said.

“As for the question of what the digital green passport could look like: we will submit a legislative proposal in March.”

Austrian Chancellor Sebastian Kurz last week said that, if the bloc could not agree on benefits for people who have been immunized, his country and others would push ahead with their own plans.

“I think that this project has to be implemented in spring — if not in all of Europe, we will have to do it on a national level, and with agreements with other countries that have similar policies,” he said.

What are the sticking points?
Greece and Cyprus have already indicated they are ready to move faster than their EU peers. Both have already reached a bilateral travel agreement with Israel, which has led the world with its vaccination campaign.

France and Germany has shown some reluctance about vaccination passports that would give individuals rights over those who have not been vaccinated. Officials have said this could create de facto vaccination obligation and could prove discriminatory.

There are also concerns about fairness for those who might not have been offered the shot, with the vaccine still in short supply. Only 6% of the EU population have had at least one dose so far.

The Commission has said it would seek to avoid discrimination against individuals who have not received a jab. For instance, the pass could also be validated with a recent negative test.

A poll published at the weekend found that more than half of Germans would like to see a coronavirus vaccine passport that grants the carrier greater freedoms.