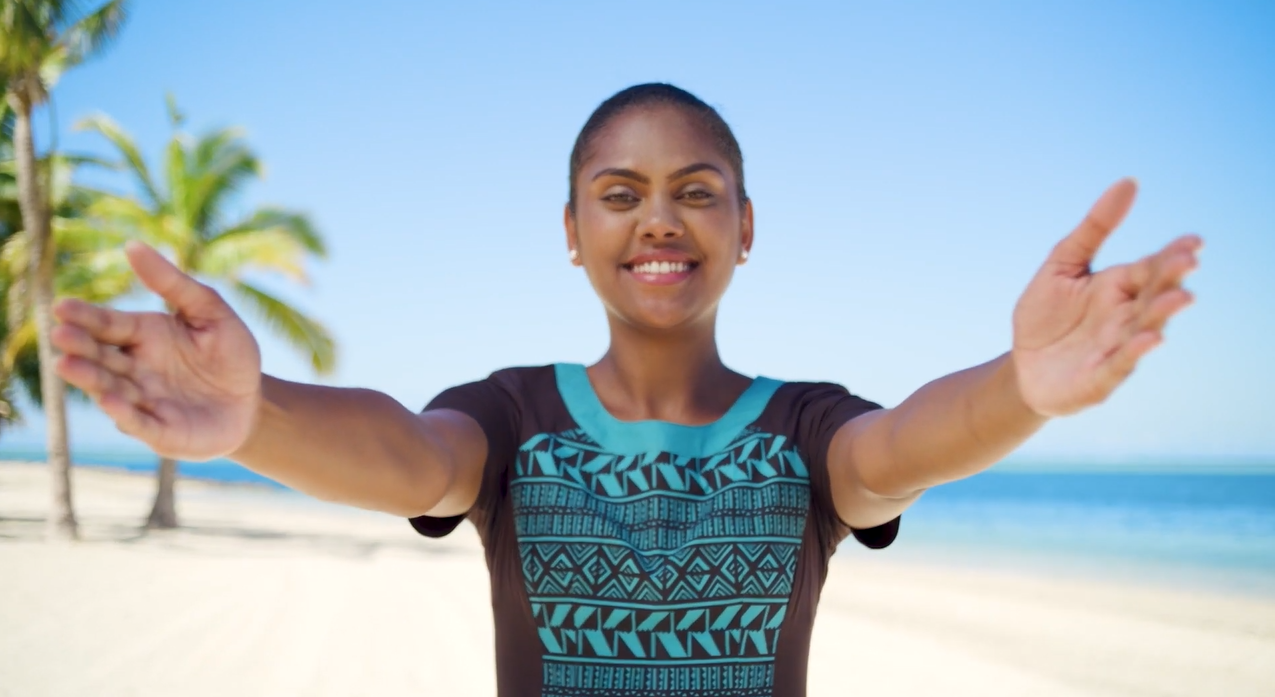 21 October 2021: With Fiji officially opening from 1st December, Fiji Airways, Fiji’s National Airline, has launched an eco-focused In-Flight Safety Video, showcasing footage of the country’s breathtaking natural wonders to travellers, all while championing the local businesses and communities helping to preserve it.

Shot across seven locations, the five-minute safety briefing is delivered amongst some of the many initiatives being undertaken to preserve the airline’s beautiful yet fragile home. These include mangrove rehabilitation projects, solar powered resorts, turtle sanctuaries and coral nurseries, among others.

With more than 84% of the adult population double vaccinated, and a mandate for all employed adults to be fully vaccinated by 1st November, Fiji is on track to be one the most COVID-safe travel destinations on the planet. And with international commercial flights resuming from 1st December, Fiji Airways’ Managing Director & CEO Andre Viljoen hopes the latest production will get travellers dreaming of a Fijian holiday.

“The unveiling of this production is more than just another safety video. It’s very symbolic of the journey we have been on for the past 18 months and our return to the skies in an eco-sustainable manner. The production started before COVID-19 struck, so to be able to finally play it onboard our aircraft signals that we are very close to welcoming tourists back to Fiji,” said Viljoen.

The video which opens up on Fiji’s iconic Malamala Beach Club includes a number of pilots and cabin crew in addition to professional actors. From under-water shots to high-flying drone action, the production takes viewers on a journey of discovery into Fiji’s vast and beautiful environment. At each location a local resort, business or initiative is introduced by the cabin crew member and championed for its eco-sustainability efforts. It also features footage onboard Fiji Airways’ luxurious A350 aircraft – its most eco-sustainable aircraft to date.

Current Fiji Airways staff feature heavily in the production, including First Officers (Pilots) Petrina Simpson and Vinay Makanji, as well as Lounge staff member Liku Gucake. The voiceover used throughout is also that of Senior Manager Reservations Anna Morris – adding to its authenticity.

The production team spent months researching some of the incredible environmental initiatives taking place across Fiji’s 300+ islands. While some locations narrowly missed the cut, the film directed by Edward Copestick was structured in such a way to allow new initiatives to feature in future iterations of the production.

“As an airline, we eco-sustainability is a journey we are committed to taking.  Fuel is a major contributor to an airline’s carbon emissions, and we use state-of-the-art software systems like SkyBreathe to monitor, track and optimise our use of fuel. Over the years, aircraft technology has advanced, airframes have become lighter and pilots more aware of economical fuel burn. All this contributes to lower fuel usage by modern aircraft. Fiji Airways has two A350 XWB aircraft and five Boeing 737 MAX in its fleet, which are among the most fuel-efficient aircraft in the world. The reduction in fuel usage and carbon dioxide emission is a focus for our airline, and aligned with the leadership role that Fiji plays in bringing the world’s attention to the adverse impact of climate change on nations like ours. ”

“The work that some of our partners on the ground in Fiji have been doing with regards to eco-sustainability and conservation is quite incredible. We’re delighted to showcase these to a wider audience through our digital channels and inflight while reiterating our commitment to safety. We are confident that others will take inspiration from some of these initiatives, added Viljoen.”

The new safety video will screen onboard all Fiji Airways international flights when commercial flying resumes on 1 December 2021.