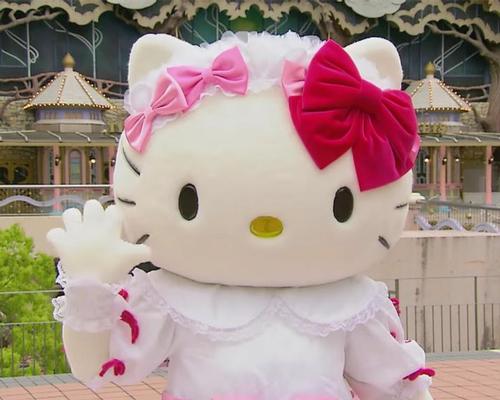 The UN Has Appointed A Popular Fictional Feline Character As The Ambassador For Sustainable Tourism.
United Nations designated the year 2017 “International Year of Sustainable Tourism Development” and World Tourism Organization (UNWTO) (Headquarters in Madrid; Secretary General Dr. Taleb Rifai) plays a leading role to promote it. UNWTO and Sanrio signed an agreement that appoints Hello Kitty as Special Ambassador of the International Year.
Sanrio’s best-known character, Hello Kitty will promote the Year’s campaign “Travel. Enjoy. Respect”.
“Travelling opens our minds and our hearts, and lets us see how we are equal.” said Hello Kitty in a video inviting people to “Travel. Enjoy. Respect.” recorded especially for the IY2017.
Hello Kitty will be supporting UNWTO with its advocacy efforts in communicating the messages of the IY2017 to the broadest extent possible, as well as highlighting the role of tourism in achieving the Sustainable Development Goals (SDGs) with a global audience.
The video already shown at the Nartia airport, Japan, will also be published on the website and social media channels of the International Year.


No it isn’t a pug in a pink unicorn costume (we wouldn’t complain if it was), but it’s close to it – well, there’s pink involved. It is in fact, popular Japanese cartoon, Hello Kitty, who will be the face of the United Nations’ sustainable tourism, campaign.

The UN have placed their trust in Hello Kitty to promote the campaigns’ concept of ‘Travel. Enjoy. Respect’.
Hello Kitty is featured in a campaign video discussing the importance of sustainable travel.

“Travelling opens our minds and our hearts, and lets us see how we are equal,” Hello Kitty said.
“Travelling is a gift. When you travel, remember to honour our place. Respect nature, respect culture and respect your host.”
Read more on why sustainable tourism is the way forward HERE, and HERE for some of the possible solutions.

Set sail on the world’s most beautiful lagoon