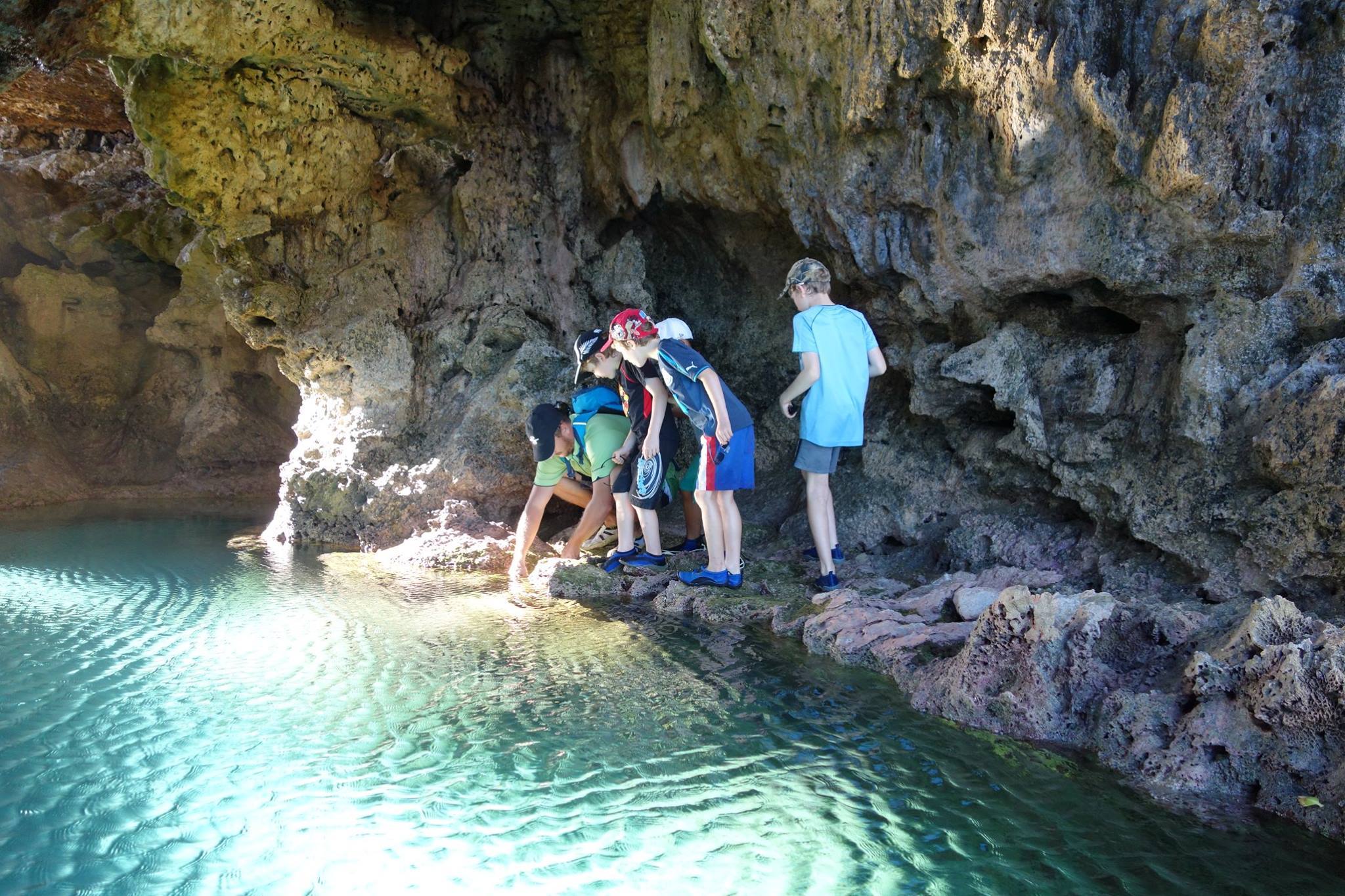 The accessibility of spectacular caves, bays and rock pools was one of the surprises noted by product managers in Niue last week.
Wendy Graham, of Lifestyle Holidays, says she had heard the island was full of ‘hidden treasures’ but knew the terrain was rugged.
‘I expected the tracks to be harder but there has obviously been a lot of work done and the steps and board walks are generally in a good condition and make it easier.
Everything is actually quite manageable.’

Niue Tourism and Air New Zealand, along with Scenic Matavai Resort, hosted the group of wholesalers for four days and the agents (three of whom had not been there before) were uniformly impressed.
Lauren Walker, Helloworld, says Niue was her first Pacific Island experience and she didn’t really have specific expectations. ‘I liked the non-commercial aspect of Niue and the way you can find secluded pools and caves.’
The group also noted the high standard of food, which while not a five star gourmet, was always fresh and tasty with variety that included Japanese cuisine, roti, seafood in various styles, and casual fare such as burgers and pizzas.

Janine Keys, House of Travel, says she loves the way the sea is so close. ‘You’re also elevated so you can get such fantastic views. There is so much to see and do and that’s surprised me. I would definitely like to come back.’
The group had site inspections at various accommodation providers, primarily self contained options, as well as the Scenic Matavai Resort.
Highlights in that regard included Lau’s Getaway, Rock House, and Namakulu Cottages.