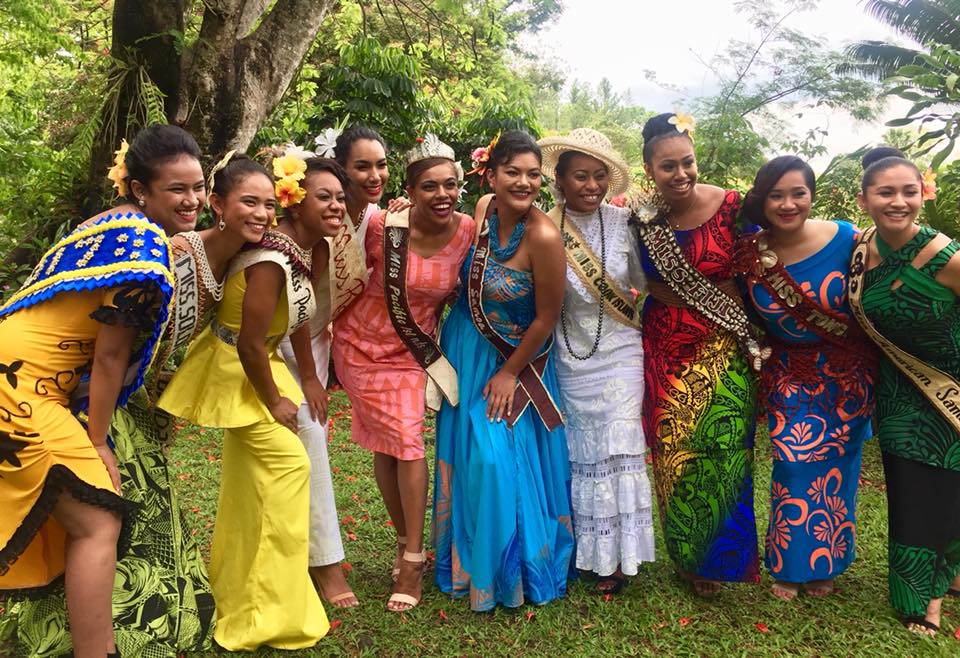 The Pacific beauties did not fail to impress when they took the stage of the 31st Miss Pacific Islands Pageant by storm on Talent night with such gifted performances.
The ladies showcased what the Miss Pacific Islands is all about, as they revealed some of their gifts of traditional and contemporary performances for the whole region and the world to see.
The Talent category is one of the most anticipated judged events of the Pageant, and each put up a unique performance that was acknowledged by the audience and viewed by many on the livestream broadcast across the world.
The nine contestants were talented in their own rights, as they started with the talent from Miss Nauru, Tansy Itsimaera, who danced her way through the night with reflections of her small Island nation’s traditions.

This was followed by a performance by Miss Solomon Islands, carrying out a combination of some of the traditional dances of her Island nation. Miss Solomon Islands, Emily Chan, performed a compilation of four traditional dances from three difference provinces in her country. The dances were about the environment and nature, whereby the unique moves of the dances can only be performed skilfully by the elders and men. Emily’s performance not only reflects her ability to perform the dances skilfully and meticulously, she is also deeply rooted in her culture.

Miss Papua New Guinea, Niawali Twain’s talent was a dramatic monologue, of an original piece she wrote. The piece was written through her inspiration by the plight of the Carteret Islanders, the world’s first climate change and environmental refugees. These people are now moving from their sinking Islands to the big island of Bougainville in Papua New Guinea.

Miss Rapa Nui or Easter Islands expressed herself through a dance. The dance conveyed Tiare Pakarati’s
feelings of joy and sadness at the same time, while narrating stories and legends through body movements. Tiare’s talent showcased a selection of the different kinds of dances and music such as their common dance of Sau Sau. The exciting and upbeat dance with fast hip movements of the Tamure. And the slow and sensual dance of the Aparima.

Miss Samoa, Alexandra Iakopo’s talent was introduced as multi-talented. She opened her number as a news
presenter for Fiji TV1 sports, with her savvy mixture of Fijian, Russian, British and Jamaican accents. To wrap up her performance, she danced three hit numbers by the king of pop, the late Michael Jackson and worked the crowd.

Miss Cook Islands, Enerstina Maro dedicated her heartfelt presentation to the families and friends who lost loved ones following the aftermath of Cyclone Martin that struck the Island of Manihiki in the northern group Islands of the Cook Islands. There were 28 fatalities as a result of this tragic event. Enerstina choreographed her performance
through a dance, to portray the strength of the roaring waves, powerful winds, rain, thunder and lightning.

Miss Tonga’s talent was a contemporary art interwoven with a traditional dance. A dance that tells the story of the
existence of the kava and to or sugarcane plant which is used in the Tongan Royal kava ceremony known as the
Taumafakava. Ophelia Kava linked the traditional use of these plants with the Pageant theme of climate change actions to sustain our Islands, where it is cultural actions to sustain the Tongan Islands.

Miss Fiji, Hally Qaqa, performed a Fijian meke into a Pacific fusion contemporary dance. She acknowledged this generation that will be remembered to guarantee humanity’s survival, in which she says there is one shot at getting it right, because climate change has no borders. Hally urged everyone to start prevention measures to have a sustainable environment for all.

Miss American Samoa, Matauaina Toomalatai’s talent was a tribute to the trials we face and the love we share as
people of the Pacific Island nations. She emphasised the importance of our Islands and how they are affected by
climate change. Climate change she says is threatening our islands and our very existence as the Pacific Ocean takes back what Pele created from the blue abyss. Matauaina danced with pride and identity, holding high and true the flag with her message made clear for all the world to see, that ‘we are not drowning, we are fighting’.