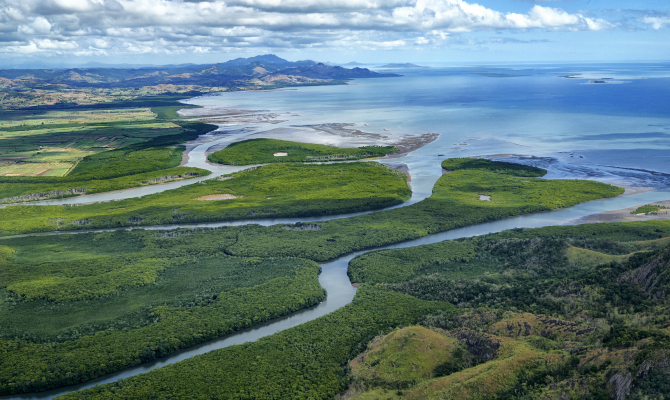 The intergovernmental process led by the Convention on Biological Diversity (CBD) to develop a Post-2020 Global Biodiversity Framework is in motion and is engaging the global community to reach a new global pact for biodiversity.

The Secretariat of the Pacific Regional Environment Programme (SPREP) held a virtual meeting on Thursday July 16, 2020 to support Pacific island countries in the development and submission of comments to the CBD on the latest text of the framework received for peer review by Parties to the Convention.

The meeting was an opportunity for Members to discuss the Global Framework proposed targets and indicators, and whether or not they encompass the right priorities for the Pacific region.

“We need to ensure that priorities for the Pacific are adequately captured and include key issues relating to islands, marine and coastal environments, and that threats including invasive species, plastic pollution, and protection of species are addressed,” said Ms Amanda Wheatley, SPREP Biodiversity Adviser.

During the meeting, participants discussed whether the draft text would meet the needs of the Pacific region, and the need for a strong push from countries for more ambitious targets including ensuring greater clarity around marine, coastal and terrestrial goals.

Earlier this year, two separate workshops were held at the regional and international level where draft text of the Global Framework was released for review by CBD Parties. The first workshop was held in Samoa in January this year, and the second was held the following month in Italy.

Since these meetings at the beginning of the year and the World Health Organisation declaring a global pandemic in March, the post-2020 strategy drafting process has been delayed, with all CBD meetings being cancelled or postponed.

This first virtual meeting of Pacific CBD Parties organised by SPREP, aimed to support the discussion and championing of Pacific concerns, as countries prepare to submit their comments to the CBD this month to ensure preparations continue towards the development of the Global Framework.

Representatives from Federated States of Micronesia, Palau, Republic of the Marshall Islands, Samoa, Tonga, Tuvalu, and Vanuatu were present at the virtual meeting.

For more information regarding the CBD’s Post-2020 Global Biodiversity Strategy and the Pacific, please contact us at sprep@sprep.org.