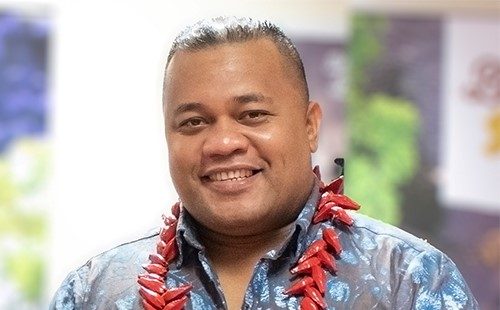 The Pacific Tourism Organisation is pleased to announce that from 11th December 2021 Mr Faamatuainu Suifua will serve as the acting Chairman of the SPTO Board of Directors. The current Chief Executive Officer of the Samoa Tourism Authority, Mr Suifua has been a member of the SPTO Board since 2019 and was elected as the Deputy Board Chairman in October 2021.

As previously announced by SPTO, the current Chairman Mr Halatoa Fua has had to vacate his Chairmanship as he prepares to depart the Cook Islands Tourism Corporation to take up the position of Director of National Environment Services of the Cook Islands.

SPTO CEO, Mr Christopher Cocker, acknowledged the support of the Board and SPTO team in relation to the leadership transition, noting that Mr Suifua will have the necessary support during his tenure as Acting Chairman.

“Faamatuainu has a wealth of tourism experience, having served STA for over ten years. Moreover, since joining the SPTO family, he has been an active Board member, serving on many Board Sub- Committees. I am sure that he will have strong support from his fellow Board members and certainly the Secretariat as he takes on the interim Chairmanship until May 2022”, said Mr. Cocker.