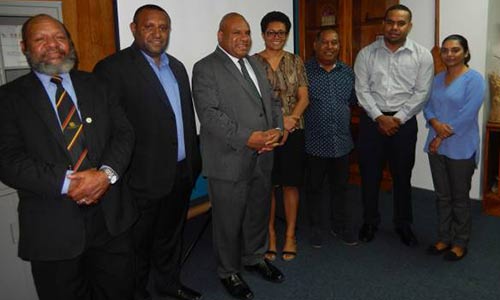 It’s not everyday that a Minister drops into the South Pacific Tourism Organisation office which looks after the tourism needs of its 17 members in the region.
So when Papua New Guinea’s newly appointed Tourism Minister Tobias dropped into the SPTO office at Dolphins Plaza in Suva it was an honour for them to host him
Tobias said PNG has not developed its marketing strategy as much as they could and he was here in Fiji to see how Fiji tourism developed the industry and how SPTO could help them connect to the bigger network of global tourism.
“When you look at the size of the two nations, Fiji has developed its tourism well and is attracting a million visitors to its shores each year compared to PNG which attracts about 200,000 visitors annually,” he said.
Author: Robert Matau (SPTO)
Translate Page »