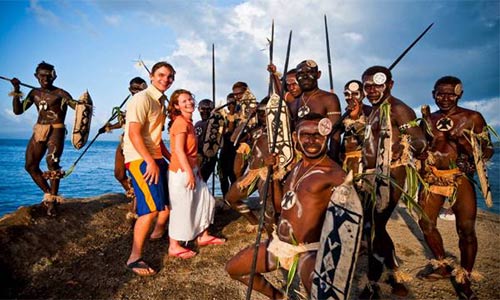 A continuing strong performance across March has seen the Solomon Islands close off Q1 with a 14.5 per cent increase in international visitor arrivals including a marked 19.4 per cent increase in Asian-based traffic.
Official Solomon Islands government statistics released this week show a total of 5,037 international visitors arrived over the Jan to March period.
This compares with the 4,399 figure achieved for the same period in 2015.
Australian figures continued to dominate, the 2024 figure recorded across Q1 a 15.6 per cent increase on the 1750 total recorded last year.
US visitor arrivals again showed strong growth with a 9.11 increase backing up the 41.0 per cent growth recorded in February and March.
Solomon Islands Visitors Bureau (SIVB) CEO, Josefa ‘Jo’ Tuamoto said he was particularly gratified with the marked growth for the destination’s combined visitor arrivals from Asia.
In February Mr Tuamoto led an SIVB to Port Moresby where he held talks with Air Nuigini CEO, Simon Foo to discuss way in which both organisations could collaborate to increase the flow of Asian visitor arrivals via the carrier’s services ex-Bali, Hong Kong, Manila, Singapore and Tokyo into Port Moresby and onwards to Honiara.
“We are still working off quite low numbers but slowly and surely, Asian visitor arrivals are starting to pick up as our reputation particularly as a world-class dive destination in the massive Asian dive community continues to build.”