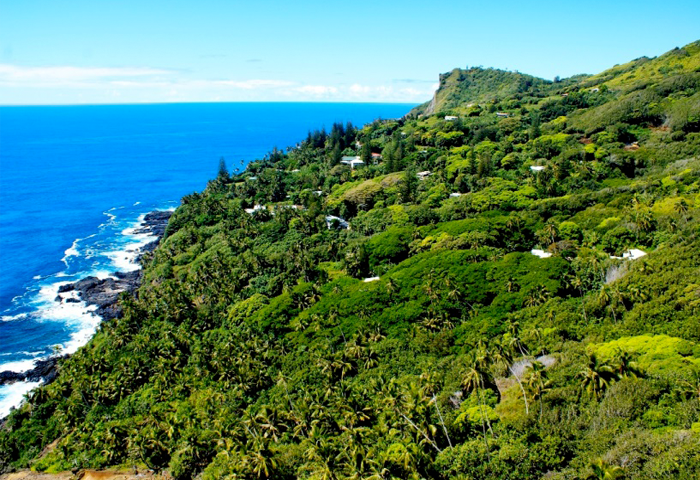 As the COVID-19 pandemic spread across the world, Pitcairn Islands’ isolation deep in the South Pacific ensured its tiny population of just 50 or so, has remained one of the few COVID-free places on earth. But it also meant that the island’s visitor economy came to an immediate standstill.

Now there is more positive news ahead for Pitcairn’s community and its strained tourism sector. On May 3rd Pitcairn’s supply ship, MV Silver Supporter, left the port of Tauranga, New Zealand, bound for Pitcairn with a shipment of AstraZeneca vaccinations. Whilst it will take approximately 14 days to reach Pitcairn, its arrival signals a much-needed boost for the remote island’s visitor economy and on-going infrastructure development needs.

From the on-set of the pandemic Pitcairn closed its borders to all but essential travellers and this strategy served them well. “We had to wait it out but we were confident Her Majesty’s Government would expediently roll-out its vaccination program, across its overseas territories, when possible.” says Pitcairn’s Mayor, Charlene Warren. “That time has come. Pitcairn Island is now in a position to vaccinate its entire population and that means we are one step closer to opening up our borders and creating our own new normal – we have much to be grateful for.”

As the promise of opening Pitcairn’s borders comes nearer, the island is poised to come back stronger than ever. A virtual tour, built during the early days of the shutdown, on Pitcairn’s tourism website is inspiring would-be travellers. This has been accompanied by an online photo exhibit with photographer Mandy Barker, highlighting the importance of climate resilience and an online artisan gallery for locals to sell their crafts and curios to Pitcairn fans from afar.

Looking ahead and planning for change is pivotal for remote, secluded tourism destinations like the Pitcairn Islands. Commenting on the possibility of the visitor economy re-opening, Pitcairn’s Travel Coordinator, Heather Menzies, who leads a small, but energetic tourism team, says, “The very real possibility of being able to offer intrepid travellers a COVID-19 virus free visitor experience, fits seamlessly with our standing conservation initiatives, which include both our International Dark Sky Sanctuary and our exceptional Marine Protected Area. We’re exploring pragmatic, new-normal solutions for post COVID tourism that are firmly underpinned by the principles of sustainable island heritage tourism and we’re excited.’’