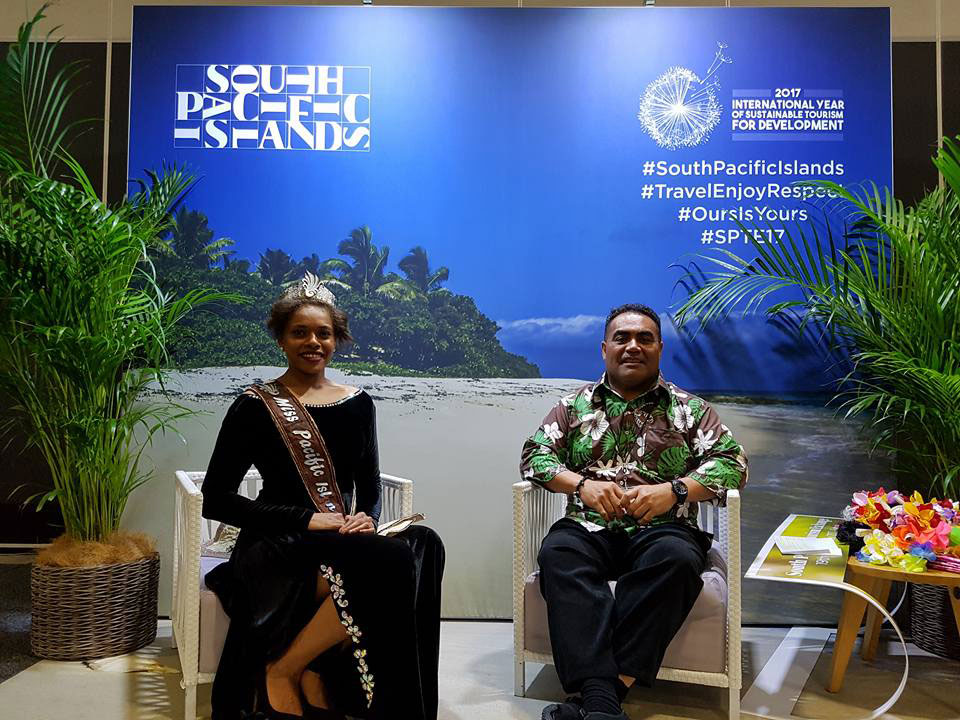 The South Pacific Tourism Exchange 2017 came to a close this afternoon at the International Convention Centre in Sydney, Australia with a majority of participants expressing their gratification with the two-day event and their commitment to participation in the next SPTE.
A majority of the participants had established new networks, clients and contacts at the event and had gained new information, with a number of buyers securing actual bookings, contracts and package deals.
“From the feedback we can say that the participants are satisfied with the quality of the buyers that have come through this year’s event and we already have a sense of how SPTE 2017 has added value to our participants from the feedback we have received,” SPTO Chief Executive Officer, Chris Cocker said.
“The valuable feedback will help us improve future SPTE events to ensure that it remains the premier regional tourism event for the Pacific,” he added.  “Where we need to improve is by finding new markets, particularly long haul markets such as Asia.”
Representatives from the Vanuatu Tourism Office highlighted new business opportunities they secured through SPTE 2017, which also provided an opportunity to strengthen existing relationships.
“Overall, it has been of very good quality and have given us an opportunity to build on our networks, VTO General Manager, Adela Issachar Aru said.
“There has been a lot of interest from the Asian market and we need to make sure that we are prepared on the ground so there are no language barriers when visitors from the Asian countries come and visit,” she added.
Mrs Aru also spoke of the need to be providing the right information on the diversity of the destination to buyers interested in Vanuatu.  “Our operators who are here are excited because they can see how SPTE 2017 is different from last year, with a lot more confidence in the destination itself,” she added.

Representatives from Tourism Fiji expressed their appreciation with the event, stating that they had met some buyers for the first time and established new contacts.
The event focused on ensuring the tourism industry remains sustainable for the future in line with the global focus on 2017 as the International Year of Sustainable Tourism for development.
A total of 111 sellers from 17 member countries of SPTO were present at the event to brief 79 buyers from as far away as Europe, United States of America, Canada, China, South Korea and Australia and New Zealand on the tourism products of the South Pacific.
SPTE is the largest regional tourism event for the Pacific region and is the umbrella that brings partners together, because of the passion for the Pacific Islands and towards tourism as the catalyst for positive sustainable development.
Support for the event has come from major sponsor Bank South Pacific who has partnered with SPTO since 2016. Other Pacific partners supporting the event are the Solomon Islands Visitors Bureau, Nauru Airlines, Papua New Guinea Tourism and Promotions Authority (PNGTPA) and Fiji Airways.
About SPTO
Established in 1983 as the Tourism Council of the South Pacific, the South Pacific Tourism Organisation (SPTO) is the mandated organisation representing Tourism in the region. Its 18 Government members are American Samoa, Cook Islands, Federated States of Micronesia, Fiji, French Polynesia, Kiribati, Nauru, Marshall Islands, New Caledonia, Niue, Papua New Guinea, Samoa, Solomon Islands, Timor Leste, Tonga, Tuvalu, Vanuatu and the People’s Republic of China. In addition to government members, the South Pacific Tourism Organisation enlists a private sector membership base.
ENDS
For more information, contact:
Alisi Lutu, Marketing Manager
South Pacific Tourism Organisation (SPTO)
Email: alutu@spto.org or +679 3304177