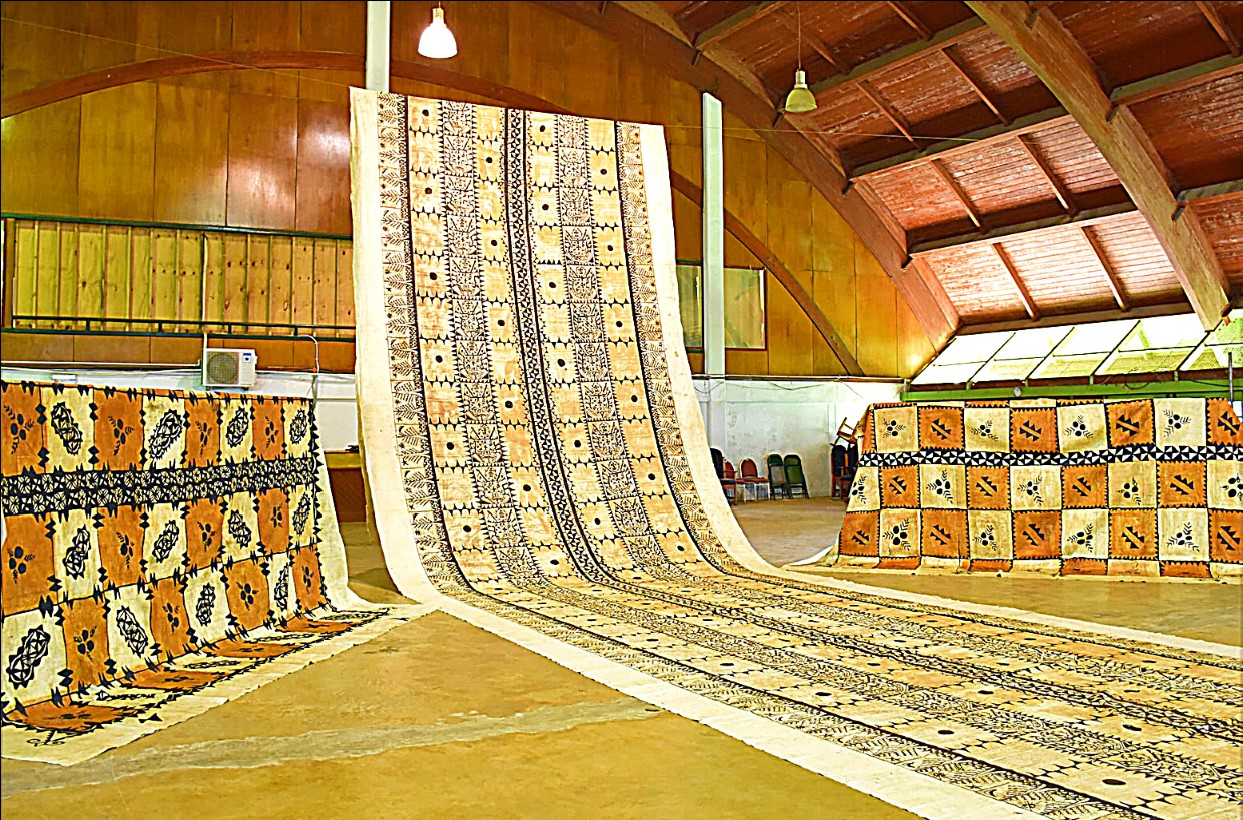 The Culture and Heritage Division of the Ministry of Tonga’s Ministry of Tourism commemorated International Museum Day on Tuesday May 18th, with a Ngatu exhibition.  Held at the Queen Salote Memorial Hall in Nuku’alofa the exhibition was supported by Her Majesty Queen Nanasipauú Tuku’aho and was attended by official delegates, tourism operators, school students and the local community.

On display at the event were a total of 16 Ngatu which had been especially chosen to include Ngatu makers from a number of different villages throughout Tongatapu, which is where the majority of Ngatu is made.

The exhibition provided an important platform for women to share their experiences and knowledge of making, maintaining and using Ngatu. The Ngatu is of great cultural importance in Tonga and is an important part of the Efinanga (bundle of mats) belonging to women. Traditionally, only those of chiefly or high societal status were allowed to own an Efinanga and these were prepared for them by their relatives (Kainga). However, under the rule of the late King George Tupou 1, all Tongans were granted the right to gather and amass their own Efinanga’s.

In addition, the Culture and Heritage Division also conducted a series of traditional Tongan dance cohorts aimed at strengthening and preserving knowledge of the traditional Tongan dances amongst the younger generation. Since its inception last year, three cohorts have been completed with another due to conclude in mid-June. The dance cohorts are delivered over an eight week period and introduce students to different traditional dances like the Tau’olunga, a ma’ulu’ulu and the Sika or me’etu’upaki (Tongan war dance) for male participants.

At the end of the 8 week period, the April-June dance cohort will showcase their performances in a recital and will be presented with completion certificates by the guest of honour, Ministry of Tourism CEO, Mr. Sione Moala Mafi.