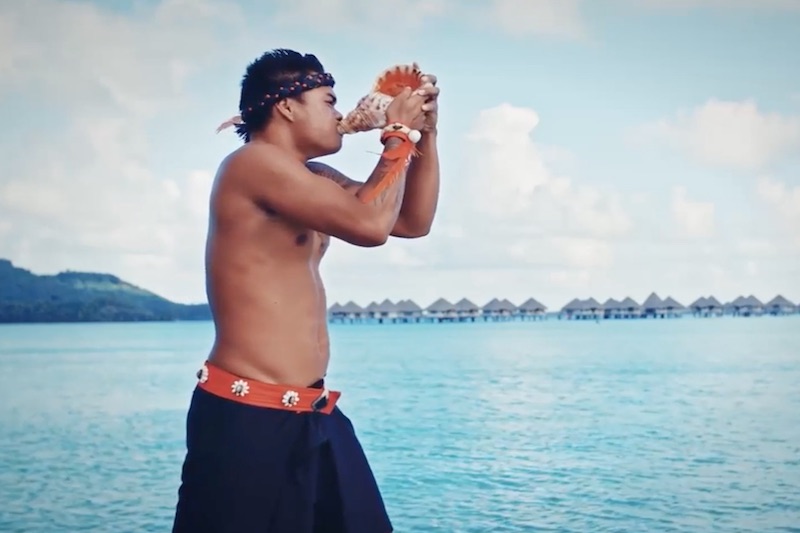 It will be a reality show with a difference when a family from England and two couples – one from Brazil and one from the US – star in a real-life travel video series to be released in 2018, ‘Two Stories/One Mana’, promoting The Islands of Tahiti to audiences around the world.
The new ‘stars’ of Tahiti Tourisme’s Global Destination Campaign were cast after a global social media casting call attracted over 400 would-be participants. The real travellers will fly to The Islands of Tahiti in June, courtesy of Air Tahiti Nui, for an experience ranging from secluded luxury to ‘being a part of it all’ in the vibrant Tahitian culture and adventure.
Activities will highlight Tahitians’ belief in ‘Mana’, the spiritual life force that connects all things, and the heart of Tahiti Tourisme’s global brand ‘Embraced By Mana’.
“We’ve been casting real-life couples and families because we want people to relate to the authentic experiences of real travellers and be able to picture themselves finding their own Mana in The Islands of Tahiti,” said Tahiti Tourisme CEO Paul Sloan.

The Gobbet Family
Originally from Zimbabwe, Derek and Debbie now live in England with their children, Sean and Kyla, and work together as professional photographers. They love a good adventure and exploring off the beaten track.
Stefania and Helder
Stefania, a crime scene investigator in Sao Paulo, Brazil, and Helder, an offshore oil drilling professional, both love the ocean. They’ve snorkelled since they were kids and recently learned to scuba dive.
Erin and Evan
Erin and Evan are newlyweds in Southern California who love getting out of their comfort zones. As an ocean lifeguard, Evan is at home on the water, while Erin, a career blogger, is more of a land adventurer.