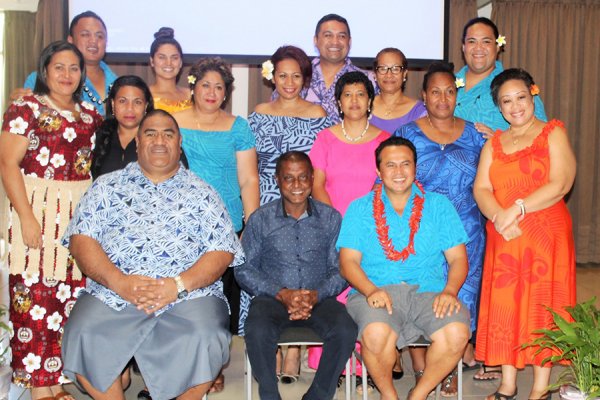 Tonga has been given the green light to host the 2018 Miss Pacific Islands Pageant.
Originally Papua New Guinea was awarded the hosting rights but the Pageant’s Board at its annual meeting in Nadi, Fiji Tuesday agreed for Tonga to host next year’s event as PNG had other commitments.
As a result, Papua New Guinea will host the pageant in 2019, says Executive Secretary of the Pacific Island Pageant Secretariat and Samoa Tourism Authority’s Chief Executive Papalii Sonya Hunter.
Another resolution approved by the Pageant’s Board is for the incoming Pageant winner to be crowned by her predecessor and not by VIP or distinguish guests.
In a related development, Member of Parliament Gatoloai Amataga Alesana Gidlow’s nomination to serve as one of the five judges in this year’s pageant was also endorsed by the Board.  Gatoloai’s nomination was made in her capacity as an hotelier and woman right’s advocator.
The annual meeting also saw Samoa handing over the Chairmanship of the Pageant to Hirdesh Prasad of Fiji.  STA Board member Tuala Ollie Ah Him on behalf of Tourism Minister Sala Fata Pinati who is unavailable to attend the board meeting handed over the chairmanship on behalf of his Minister.
The Miss Pacific Pageant is owned by the Samoa Government and Associate Minister of Tourism Amituanai Fagaivalu Kenrick is in Nadi to represent government in the absence of the Tourism Minister.
Celebrating her 31st anniversary in Nadi, the pageant will officially start Wednesday with the finals scheduled for Saturday.
Nine contestants are vying for the title. They are;