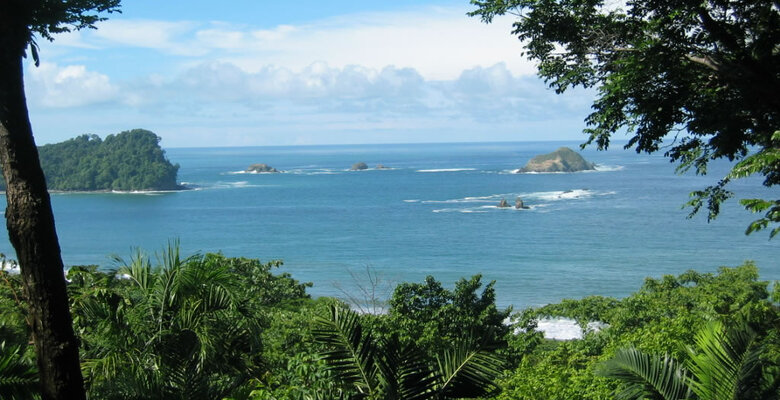 Costa Rica will encourage tourists to offset the carbon footprint generated in air flights and land travel in order to facilitate the raising of financial resources for the Payment of Environmental Services Program (PSA), thanks to the agreement signed by the Costa Rican Tourism Institute (ICT) and the National Forest Financing Fund (Fonafifo).

With the resources of this initiative, the planting of trees, the protection of the hydrographic basins, the natural regeneration, as well as the agroforestry systems in the farms and / or areas previously selected between both institutions will be promoted through the program of payment of environmental services, as is currently the case at Finca Flores del Bosque and Finca Integral El
Jicaro, in Sarapiqui.

“Costa Rica is perceived as a society that honors nature in its territory: it protects, cares for and shares, enhances the human well-being of its citizens, described as friendly, hospitable and happy people. This ICT and Fonafifo agreement is consistent with sustainability, it invites our tourists to mitigate their trips and thus contribute to the protection of forests and the recovery of forest cover”, stated Gustavo J. Segura, Minister of Tourism. “It is a step forward in responsible tourism,” added the leader.

For her part, the Minister of Environment and Energy (MINAE), Andrea Meza, praised this initiative. “This program is a green engine for the sustainable economic recovery of Costa Rica. The arrival of visitors to the country benefits the ecotourism sector and the money that comes in from offsetting its emissions strengthens forest conservation and the families that depend on this incentive. It seems vital to me that we begin to take measures to address the air emissions of our tourists and seek additional benefits for their compensation”, said the Minister of Environment and Energy.

Sustainable Tourism Development Model
The tourism development model of Costa Rica is based on sustainability, which includes three fundamental axes: the environmental, economic and sociocultural part, which seek to generate well-being for the communities while respecting their identity and where the cultural factor is a differentiating element.

In addition, Costa Rica has a tourism industry whose mainstay is small-scale companies: 94% are lodgings with less than 40 rooms, there is a not disproportionate growth in tourism, there is world leadership in renewable energy and a decarbonization plan. The commitment to conservation allows the existence of 54% forest cover, 26% protected areas (29 National Parks and Conservation Areas) and 6.5% biodiversity.

As an example, according to calculations made based on ICT visitation data for 2018, assuming that only 10% of the emissions calculated were offset (476,541), an annual capture of US $ 3,574,063 would be achieved. with which more than a million and a half trees could be financed in agroforestry systems, or the PSA in some 14,000 hectares. All this according to the demand of applications presented to the PSA of Fonafifo.

The operationalization of the project will be carried out through a joint ICT-Fonafifo Committee, which will prepare an annual plan-budget, with performance indicators. The application of the resources in PES will be carried out in farms located in Tourist Planning Units defined by the ICT, prioritizing those of greatest interest according to visitation.

Fonafifo is recognized internationally and nationally for its Environmental Services Payment Program, forestry promotion programs and projects. For more than 20 years, he has participated in carbon credit negotiations at the international level, in country delegations, in meetings of the United Nations Framework Convention on Climate Change and, occasionally, in meetings of the
Convention on Biological Diversity.

It is an institution whose objective is to contribute to the protection of natural capital, on which the development and sustainability of national tourism is based, which is biodiversity at its three levels: ecosystems, species and genetic resources. Costa Rica is recognized for hosting more than 6% of the planet’s recorded biodiversity and for having initiated a process of reversing deforestation.

How it Works
Travellers can access the calculator and quantify their carbon emissions.

Achievements of the Fonafifo Program
Between 1997 and 2019, the Fonafifo programs have recovered a forest cover of 1,311,764 hectares and, from 2003 to 2019, they planted more than eight million trees in agroforestry systems.

They have also signed more than 18,000 contracts, of which 14% correspond to women and 25.8% are located in areas of particular interest for the conservation of biodiversity, that is, biological corridors, protected wild areas and conservation gaps.

“We are very satisfied to see that we are contributing to the environment, so I invite anyone who has the opportunity to hopefully do so, because it conserves the environment, contributes to humanity; It is not only the benefit of my family, but it extends to the neighbors,” said Elicinio Flores, from the Flores del Bosque farm, in Horquetas de Sarapiqui.

Flores has been part of the PSA since 2004, 15 years ago it planted trees known as “Chancho”, which it can now market for the sale of wood, it also has a conservation area of six and a half hectares, of which five are original and one-thirty is second-growth forest. He grows cassava, palm hearts, bananas, peanuts, among other crops for family consumption and with the money from PSA he was able to finance his daughters’ studies.

Pedro Garcia Rueda, from the El Jicaro farm, in El Roble de Sarapiqui, has been a member of the PSA since 2015, in the first stage he planted Poro and pepper trees as part of an organic agriculture project.

In the second stage, he focused on the regeneration of the forest by planting 14 species of trees on the banks of the Sarapiqui River, among which the yellow almond and golden fruit stand out, which serve as fruits for the birds and as food for the green limpets.

“We want to have 2,000 developing almond trees, a species in danger of extinction. The important thing about the PSA project is that they are planted trees so as not to cut them, the golden fruit one allows the bees to make holes to turn them into their homes,” said Garcia, who is in charge of growing 880 organic pepper plants; medicinals such as citronella, ginger, turmeric, cocoa and hearts of palm.

The El Jicaro farm receives tours from tourists, to whom it shows the farm and gives them to taste hearts of palm and pipe water, which it also markets in the area. Between 1997 and 2019, Fonafifo delivered the sum of ? 26 to owners with a PSA contract in indigenous territories. 217,891,776 million to be used by the Development Associations and has managed to generate, annually, 770 green jobs, according to data from the Environmental Services Directorate.

Costa Rica has 54% forest coverage, being the only Central American country that has grown its forests in this century.

In order to continue generating these actions, a union between the public and private sectors is necessary. To date, more than 300 companies and institutions have contributed resources to the PSA through agreements, purchase of carbon credits, donations to special projects, among other actions.