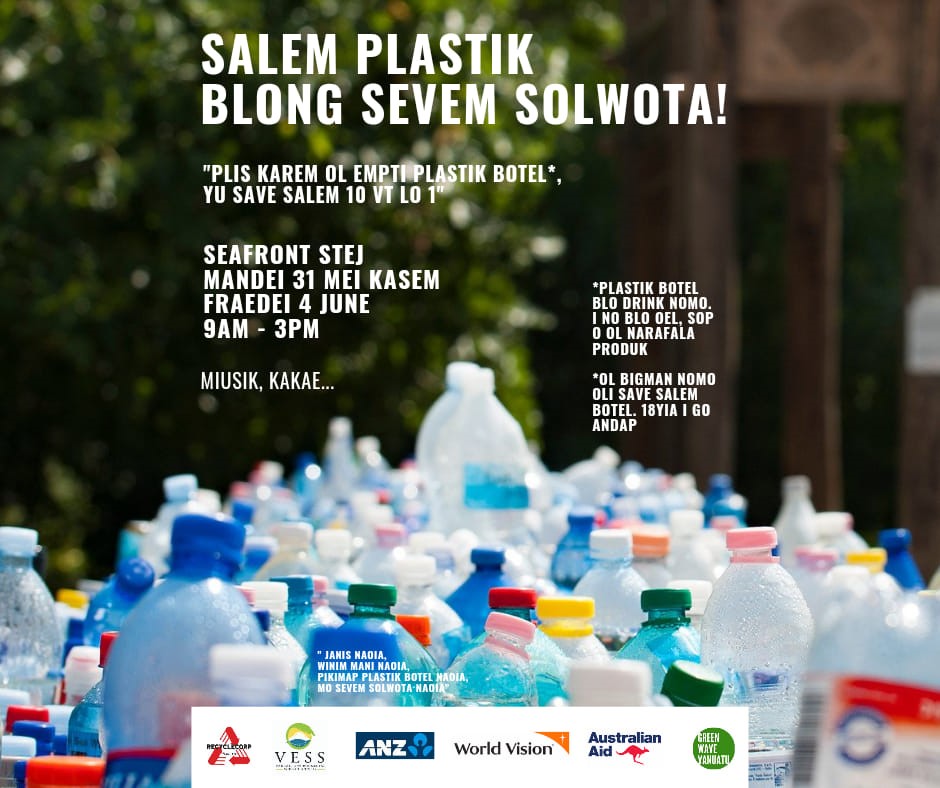 Vanuatu: Kicking the plastic habit, one bottle at a time

Like most Pacific Island countries, Vanuatu, with most of its population of 310,000 relying on fishing for food and livelihoods, faces a grave threat from ocean-borne plastic waste. Of all of its neighbours, Vanuatu has taken the most stringent steps to address the plastic scourge; in 2018, became one of the first countries in the world to ban single-use plastics.

What started as a small Facebook page created in 2017 by local residents Georges Cumbo and Christielle Thieffry, quickly gained traction. Over 2,000 people signed the page’s petition demanding that the Vanuatu Government ban plastic bags. The Government acquiesced, and a new law banning single use plastics came into force in January 2018 following a six-month grace period. The ban meant businesses operating throughout Vanuatu could no longer use plastic bags, polystyrene takeaway boxes and plastic straws. Hefty fines were imposed on any businesses found to be distributing these banned items after July 2018. This ban quickly gained the attention of larger countries worldwide.

In 2019, Vanuatu’s then Foreign Affairs Minister, Ralph Regenvanu, announced the Vanuatu Government’s intention to further bans plastic forks, grocery nets and disposable diapers by the 31st of December that year.

The wave of environmental action unleashed by the ban has continued its positive momentum even during the Covid-19 pandemic. The Vanuatu Environmental Science Society (VESS) and Green Wave Vanuatu (with coordination assistance from international NGO World Vision) Foreign Affairs ran the ‘Salem Plastik, Savem Solwata’ (‘Sell your Plastic, save the Oceans’) initiative with the goal of collecting plastic bottles by offering a cash exchange of around US9c per bottle. This event was highly popular, and the collection goal of one million plastic bottles was reached in under four days.

Dirty bottles were crushed, baled and stored by RecycleCorp Vanuatu so that they cannot enter the ocean, harm sea life or cause pollution. Clean bottles were separated, baled and shipped to a plastics recycler in Australia, in Vanuatu’s first-ever shipment of plastic for recycling. These bottles will be turned back into plastic bottles. This first ever shipment is funded by IUCN’s Plastic Waste-Free Islands Project, and facilitated by Searious Business.

These activities strongly align with Vanuatu’s Sustainable Tourism Strategy (VSTS), which focuses on the short to long-term recovery of the tourism economy. One of the priorities of the VSTS is on addressing previously unsustainable tourism impacts. The VSTS also supports tourism’s contribution to the United Nations’ Sustainable Development Goals (SDGs), namely SDG 12, to ensure sustainable consumption and production patterns.