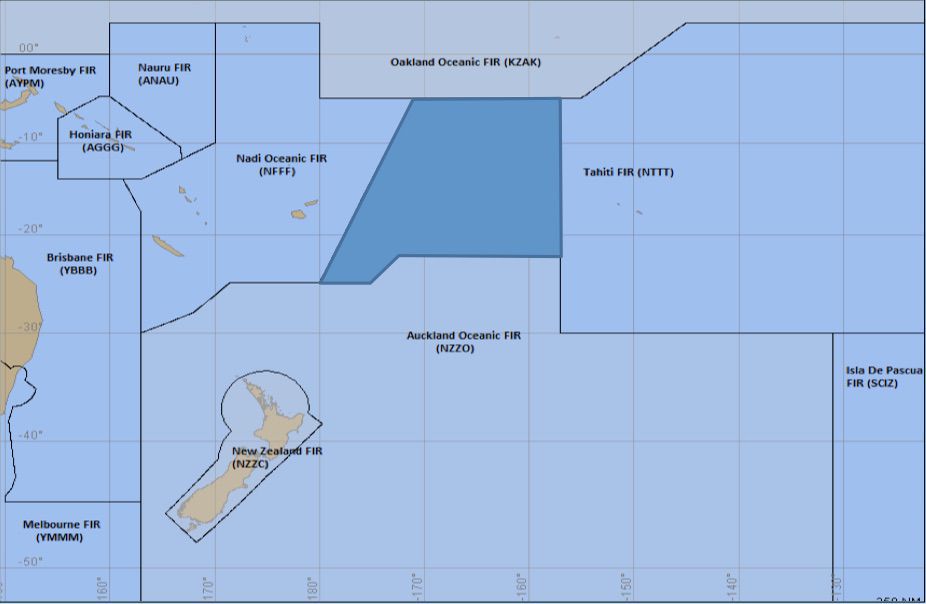 Vanuatu is expected to receive over Vt50 million (US$466,000) from Fiji in its 2017 revenue share of upper airspace fees.
This is an increase of 300% compared to five years ago.
The 2016 revenue share of Vt23.7 million (US$222,000) has already been deposited into a Trust Account held by the Reserve Bank of Vanuatu.
The 2016 increase and the forecasted 2017 figure have come after a meagre Vt9-10 million(US$84- US$94,000) annually paid to Vanuatu in the past.
The change in revenue for Vanuatu came about after the decision to negotiate for a review of agreement with Fiji instead of breaking away, which would be a costly exercise.
Director of Civil Aviation Authority (CAAV), Joseph Niel, explained to Daily Post that it was a priority of the Government under the Priority Action Agenda and the Planning Long Acting Short to review the arrangement with Fiji over the control of the upper airspace.

“It was an arrangement between States.
“The Vanuatu Government and Fiji Government signed the agreement.
“The Fijian government then delegated to Airports Fiji Limited who placed the management under the Nadi Oceanic Centre.
“Nadi Oceanic Centre looks after the Nadi Flight Information Region (FIR),” he said.
Niel said when the revenue is generated it is divided based on a formula set by the Technical Cooperation Bureau of the International Civil Aviation Organization (ICAO).
This is based on space and navigational equipment each State has to assist aircrafts flying above.
The Nadi FIR covers Vanuatu, Kiribati (part), Tuvalu, New Caledonia and Fiji.
Under revenue shares Vanuatu gets 2.5%, Kiribati 1.47%, Tuvalu 0.59%, New Caledonia 1.58% and Fiji has around 92-93%.
The amount paid to each country is not for each aircraft that flies over each country’s airspace but the revenue made from the entire FIR under Nadi is divided and paid in shares as above.
The Brisbane FIR that looks after  Solomon Islands and Nauru have a 40-60 arrangement where Brisbane retains 40% and gives 60% to the two countries.
Similarly Auckland FIR has a 50-50 share arrangement with Tonga and Samoa.
But the difference is that although the Brisbane and Auckland FIRs cover a huge area, the share arrangement only covers areas for each country.
While the air traffic is thin for areas like Vanuatu, all aircrafts that fly through the Nadi FIR whether over Vanuatu or not, the country still gets revenue from it, Niel said.
He said Samoa and Tonga have a corridor where aircrafts travelling from Australia and New Zealand use to travel to places like Canada and United States of America.
Niel said such revenue raised should be put into aviation safety development for Vanuatu but not on salaries.
Previously it was paid by Fiji to Airports Vanuatu Limited but because it was not clear what it was spent on, the Trust Account was set up at the Reserve Bank under CAAV but jointly managed by the Ministry of Infrastructure and Public Utilities and Ministry of Finance.
(Source: Vanuatu Daily Post 09 August 2017)