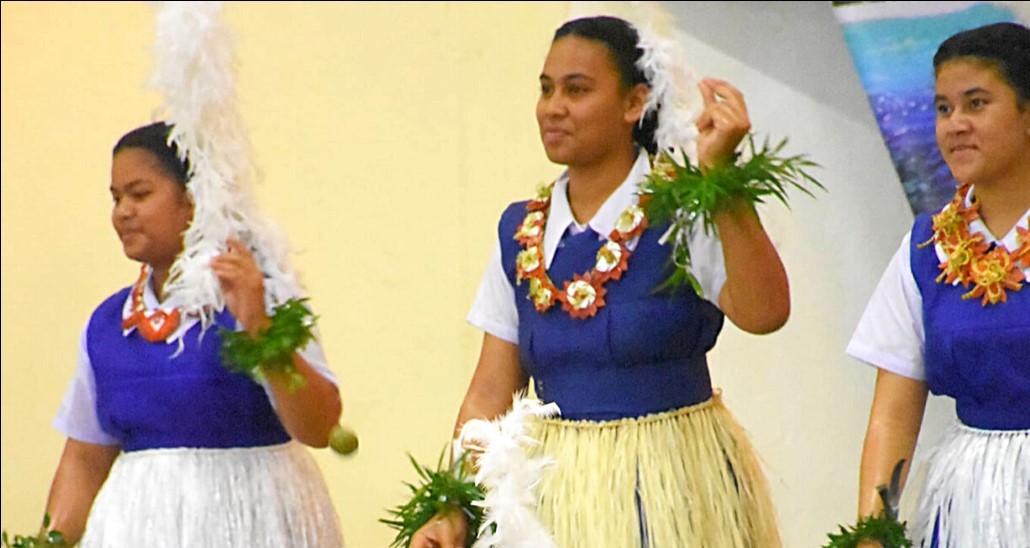 A cultural event, aimed at highlighting the importance of maintaining Tongan culture, was held in Vava’u on the 11th and 12th of May. Organized by the Culture and Heritage Division of the Ministry of Tourism, the first day of the event featured singing and dancing competitions, with the former divided into two parts; newly composed songs about tourism attractions and songs composed by the late Queen Salote Tupou III. The top three winners in the newly composed category were:

The top three winners in the songs composed by the late Queen Salote Tupou III category were:

The Chief Guests for the respective days were the Governor of Vava’u, Lord Fakatulolo and the Minister of Health, Mrs. ‘Amelia Tu’ipulotu, both of whom acknowledged the important role of song and dance in the preservation of cultural and traditional knowledge.

The Ministry’s Industry Empowerment Division organized a series of industry events beginning with a Best Chef and Floral Arrangement competition in Vava’u on 13th May. The event was open to both community participants as well as tourism industry members.

The seven contestants in the Chef Competition were required to prepare a dish made from a fish of their choice within a 45 minute time frame. They were judged according to the variety of ingredients used, general hygiene practices, presentation, artistic style, accompaniments, taste, and overall experience. The top three winners were:

Nine participants competed in the Floral Arrangement Competition. The contestants were given 20 minutes to prepare their centerpieces and they were judged according to color harmony, neatness, cleanliness, timing, balance and proportion and creativity of the design. The top three winners in this category were:

Furthermore, whilst in Vava’u the CEO of the Ministry of Tonga, Mr. Sione Moala Mafi, took the opportunity to meet with tourism operators to discuss the status of tourism, the Ministry’s plans in moving forward, the overall functions of the Ministry of Tourism and Tonga’s  Tourism Recovery Plan which is currently being finalized. Similar meetings are planned for operators based in Ha’apai, Eua and Tongatapu.

Finally, tourism operators have also benefitted from a collaboration between the Ministry of Tourism and Ministry of Revenue and Customs, who have implemented a  tourism incentive program which provides tax and duty exemptions on imported goods. In order to qualify businesses must be registered and licensed tourism businesses without any income, consumption and excise tax or customs duty arrears with the Ministry of Revenue and Customs.

Annual inspections are conducted to verify goods imported in the previous year and to ensure that they are used according to business purposes. The initiative has been warmly welcomed by tourism operators who will benefit further from the threshold increase from $100,000 – $500,000, which was announced last year.