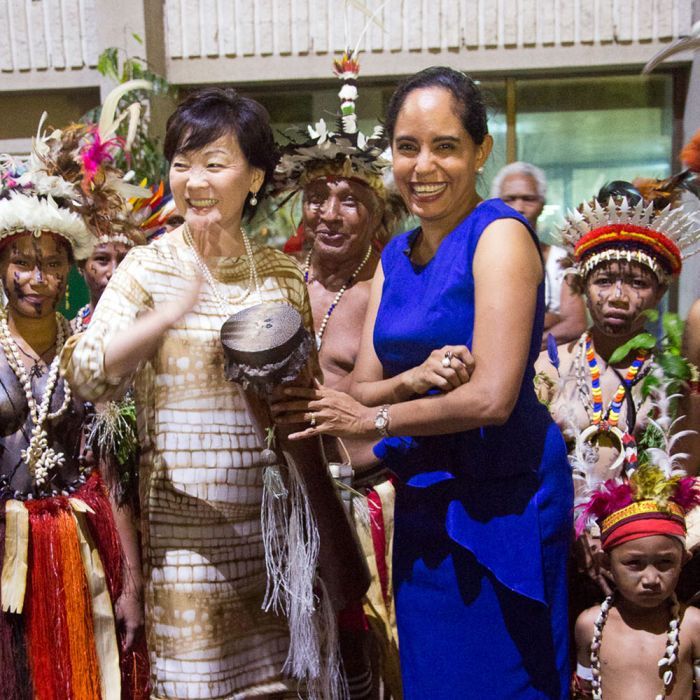 The number of Japanese tourists visiting Papua New Guinea to attend various cultural shows and festivals has grown in the past five years, says a Japanese tour operator.
Mr Fariufa Horiguchi of Tokyo, said the number has grown so much over the years that he was spearheading plans to establish a PNG-Japanese Tourist Association.
He said this association will enable tourists to share information, experiences and in that way encourage others to also visit PNG in future.
Mr Horiguchi said apart from his team members, he was not a new face to shows and cultural events in PNG especially with his travels to attend Goroka show annually.
He said it is best to establish a PNG-Japanese Tourist Association so that it will help Japanese tourists speak of their experiences and help PNG promote tourism.
Japanese tourists, Chiyoko Tairanune and Ayami Harito said they have travelled around the world to attend festivals, but PNG had very unique and attractive shows.
Eastern Highlands Governor Peter Numu also welcomed the Japanese initiative, saying it was time the Government sets its priority on tourism industry.
Mr Numu said there is attraction for potential visitors through the cultural and traditional attires, markets, festivals, diving, surfing, hiking, fishing and the unique flora and fauna.
He said public festivals which would attract more Japanese include the Coffee Festival in Goroka that is celebrated in May, National Mask Festival in Rabaul on July, Mt Hagen Show on August, Goroka Show in September and Hiri Moale Festival in Port Moresby also in September, Morobe Show in Lae in October and the Kundu and Canoe Festival in Alotau in November.
The PNG Tourism Promotion Authority says that about 70,000 tourists’ visits PNG every year, with Japan having the highest tourist numbers.